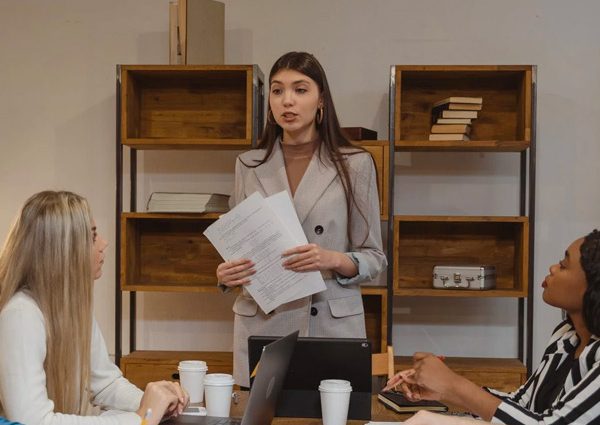 Definition: Sharing a compelling vision with others that draws them to work together to make the vision a reality.”

Testimony for the Charism of Leadership

When I filled in the Called and Gifted Personal Inventory I scored highly for the Charism of Leadership. During the Small Discernment Group process, I had a golden opportunity to try this out – I was invited by my company to take part in a Leadership competition!

During the competition, our success as Leaders was judged by the objective results of our team in generating the highest revenue, and also on the feedback from our team members and our company management. I felt very natural while I was leading the team, I won the competition and I was given very positive feedback.

“There were even times when the other team leader in the competition sought me out for inspiration.”

I think people find my leadership attractive and want to be part of what I am doing.

When I was leading medical workshops, I would often be approached by students wanting to join my group. I think I am known to be a good leader and other team leaders often approach me for advice.

On occasions my charism has been used to energise groups that have become stagnant or demoralised. Sometimes I have done this by helping the group to establish a common goal, or by changing the style of the group to become more engaging.

At other times my charism has shown itself in my ability to see problems in advance. One time my company director asked me to lead a particular campaign, but I could foresee that we wouldn’t have enough staff because of the number of employees on sick leave and annual leave. I raised my concern about this but was ignored. Sadly the campaign dwindled until it had to be stopped. Another time I was asked to run a campaign in a particular area of the country, but I could see that it would fail
because of the nature of that particular region. On that occasion the director did listen to me and the campaign did not run, saving the company from unnecessary expense.

“Nothing like this had been done before, but it was great success.”

I really enjoy creating new possibilities for groups of people, and I think this has been showing in my life for a long time. When I was a university student, I was studying in a country that suffered from xenophobia. I had the idea of setting up a team who would put on an exhibition celebrating the different cultures represented in our university population. Nothing like this had been done before, but it was great success. I led the team for the first three years and then it continued without me after I had left.

More recently, after the encouragement of the Leadership competition, I set up a new company. The Lord gave me many ideas for this, even to
the extent of designing the company logo – I felt especially inspired by the Holy Spirit to base the design on a Cathedral window!

More recently I have come up with new ideas for our parish as well. My wife and I started a Rosary group. Later on I thought of discussing a particular saint each time we met, and after that l introduced a time of worship using my guitar. Later on I also introduced the idea of using WhatsApp so that people who couldn’t come that evening would still be able to join in in prayers. I have been also posting and managing Novenas in the group for people to pray. All these innovations have been
very well received. Sometimes the Lord has used someone else to fulfil one of my ideas.

Recently I believe God gave me the idea of including a morning greeting
prayer and an evening prayer to complement the online prayer group. I was not able to start these myself because of my other commitments, but then someone suggested a friend who joined our group and – without any prompting – she started posting the morning and evening prayers!

This website uses cookies to improve your experience while you navigate through the website. Out of these, the cookies that are categorized as necessary are stored on your browser as they are essential for the working of basic functionalities of the website. We also use third-party cookies that help us analyze and understand how you use this website. These cookies will be stored in your browser only with your consent. You also have the option to opt-out of these cookies. But opting out of some of these cookies may affect your browsing experience.
Necessary Always Enabled
Necessary cookies are absolutely essential for the website to function properly. These cookies ensure basic functionalities and security features of the website, anonymously.
Functional
Functional cookies help to perform certain functionalities like sharing the content of the website on social media platforms, collect feedbacks, and other third-party features.
Performance
Performance cookies are used to understand and analyze the key performance indexes of the website which helps in delivering a better user experience for the visitors.
Analytics
Analytical cookies are used to understand how visitors interact with the website. These cookies help provide information on metrics the number of visitors, bounce rate, traffic source, etc.
Advertisement
Advertisement cookies are used to provide visitors with relevant ads and marketing campaigns. These cookies track visitors across websites and collect information to provide customized ads.
Others
Other uncategorized cookies are those that are being analyzed and have not been classified into a category as yet.
SAVE & ACCEPT